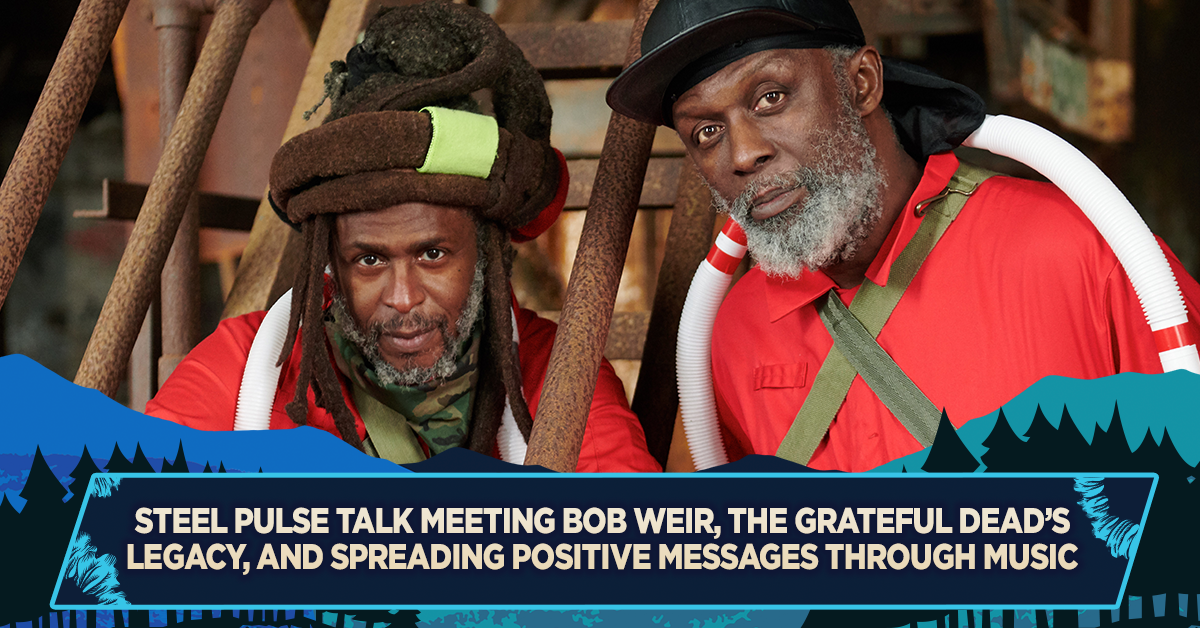 You’ve always been known as a band that uses their music to advocate for social change, and on May 17 of this year, you released your first new album in 15 years, Mass Manipulation, featuring politically charged messages and lyrics. What do you want fans to take away from this particular body of work? What feelings do you want to evoke in the listener?

Yes, it has been 15 long years since our previous album. The consciousness that I would like to instill in the listeners is that of an inner search of self, believing and knowing we can actually make a difference to all negative conditions around us. Mass Manipulation means we have been suckered and doped by the system; curtailed and conditioned to respond favorably to everything they (the establishment) proposes. Socialism, Communism, Capitalism; they are all pretending to be working in we the people’s, favor. But that reality is far removed from what really is.

Reggae music is synonymous with love and positive vibes, and there is no greater feeling for us at LOCKN’ than sharing music and good times with our free-spirited community. During your live shows, what does it feel like when the audience and the band are exchanging positive energy good vibes?

It’s always a good feeling connecting with the audience, especially watching them physically respond and listen to our energy. Nothing pleases us more than to be reassured that our efforts of reaching out, was not in vain. The after show fan comments have been comforting. And what’s even more intriguing is to witness as much as three generations of our fan base, being equally as enthusiastic to our cause.

We saw a great photo from day 1 of BeachLife Festival 2019 of David Hinds chatting with Bob Weir. What was that meeting of the minds like? As a festival that celebrates the music, spirit, and generosity of the Grateful Dead community, we’d love to know, what does the Grateful Dead’s music mean to you?

To be honest, initially I was not aware that this festival was in honor of The Grateful Dead. The meeting with Bob Weir was kind of a casual one. As a rule, I pay attention to how one responds to me when introduced; checking to see if it was a “yeah yeah what’s next,” situation, whereas I would be fobbed off just as quick as I was introduced. But guess what? Bob paid attention and was accommodating; to the point whereas upon hearing that we actually play one of the Dead’s songs on stage, he did say he would like to be part of that jam. As for Bob, I became more familiar with him a few years ago after watching a documentary of his, at a good friend of mine’s, house. Plus, I did go on to see Dead & Company at a venue in Boston, witnessing the nostalgic effect they had on their audience, a couple of years ago.

As a band that’s been around for over 40 years, your audience must cover a broad age range. What do you want to say to your fans who have been supporting your career all these years? What would you say to your new fans who are just hearing your work for the first time?

The Grateful Dead’s music is legacy music that has a sustainable cult following. To me, it transcends the versatility of the musicians involved to be a huge portion of the everyday lives of their followers. And this is where I acknowledge their relevance because Steel Pulse as a brand is slowly but surely morphing our way into being that kind of icon; becoming the backdrop to the lives of thousands that have jumped onboard for over four decades of living and breathing our music. Of course, it will be on a smaller scale, but it’s good to know that our genre of music will be capable of rising to such heights. Recording “Franklin’s Tower,” was quite a challenge for me ‘cause, for 1. it was a song that had a subject matter that was far removed from what is customarily composed in reggae, therefore it was weird trying to understand it, and 2. who writes a song with so many verses. But as time went by I learned to adapt to the minds of the composers and now realize that’s it all about taking that journey. Now we can hardly leave it out of our on-stage repertoire.