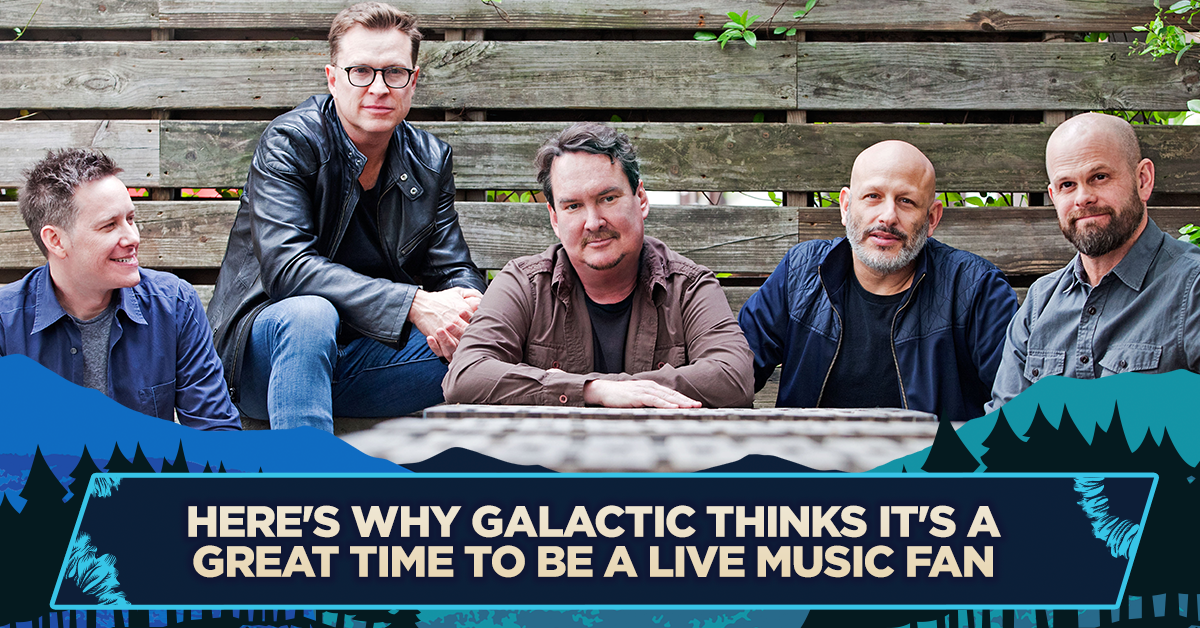 Congrats on recently purchasing the historic New Orleans venue Tipitina’s. How does it feel to be the caretaker the New Orleans institution? What do you plan on changing and what will you keep the same?

Thank you. It feels great and more than a little daunting. Tip’s is an institution and one of the few great independent music clubs that we have left. We intend to keep it that way. The only changes we are making are those that directly improve the experience of seeing or playing a show there. We’ve upgraded the sound and lighting, we’re streamlining ticketing so that people spend less time in line, things of that nature… People love Tip’s and what it represents in terms of the musical culture of New Orleans and Louisiana. They want to be able to come back year after year and know that it will be there for them. We want to ensure that it is.

Galactic formed in 1994, which means this year is your 25th anniversary. What’s it like continuing to create music with people you’ve played with for over 2 decades? How has your music evolved in that time? How do you think the scene has changed from when you first started out?

It’s a little hard to believe it’s been that long. We’re still having fun and we work to keep things fresh while still representing our history. Part of that is built in because we are always collaborating with various songwriters and vocalists. It’s been a winning format for us to have longterm guests in both the vocal and trumpet/trombone chairs of the band because everyone new will always interpret our music a little differently. That often inspires us to hear it a little bit differently ourselves.

As far as the scene is concerned I think that there are both more touring bands as well as more festivals of every type than there were when we started out in the mid 90s. It’s a great time to be a live music fan.

Though you’ve played LOCKN’ before, it’s been a few years since you last came to the farm. What are you most excited about with regards to returning to LOCKN’ this year, and what can we expect from your late show in Garcia’s Forest?

It has been a few years and we’re excited to come back and play our new material as well as our new interpretations of the older stuff. We’ve put a lot of thought into retooling our sets over this past year so we can represent as much of our music, new and old, as possible. As a result, the shows have felt really energized.

Honestly, all of these collaborations sound exciting and I would go out my way to check out any set that includes Corey Henry or Derek Trucks. I’ll leave it at that.